How I started writing more posts

(Or how I’m going to start writing more blog posts) OK, so the title is a bit presumptuous since I’m yet to get in to the habbit of writing more posts, but it’s good to be positive! I keep telling myself “I’ll write a post this month”, closely followed by it’s “OK I’ll do one next month”. Here’s a write up on how I plan to find the motivation to write more posts; stop thinking “no one is interested in that” or “that’s old news”; and get over writers block.

I started my blog way back in 2011 with the intention of writing something reasonably interesting at least once a month, at worst every 2 months. It started off OK, I managed to write 3 posts within the space of 3 months. So far so good. But then, nothing. I kept meaning to write something but never quite getting around to it, and this continued for about 3 years until I finally got my act together and wrote another. I think there’s probably various reasons for this and in this post I’m going to highlight some of them and suggest a few approaches that might help myself, and anyone else in the same situation, write more. 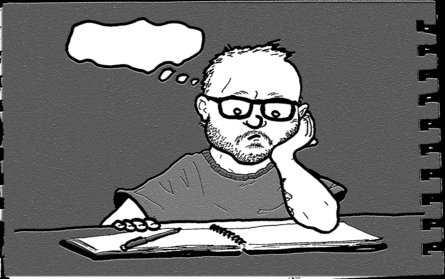 It’s always worth asking why we do something rather than just assuming it’s something that should be done. You may have your own opinions on why it’s a good idea to share thoughts, ideas and discoveries on posts.

For me, one of the biggest things I’ve found I get out of it is more learning. To write a good post there has to be at least a base amount of research. This research is probably going to uncover things you haven’t come across before or refresh what you knew already. For example, when I was researching window.location for another post I discovered window.location.replace which wasn’t something I had come across before. Another big plus is the knowledge sharing and the discussion that may come from a post and learning something from someone else as a result of that conversation. As the saying goes, sharing is caring!

Parkinson’s law suggests that “work expands so as to fill the time available for its completion”. Basically this means if you have twelve months to do something then it’ll take twelve months, most likely because you put it off for eleven months and spend the last month completing it. But, if you’re given one month then work starts immediately and it’s finished in one. This is obviously assuming the actual work required isn’t going to take more than one month of course.

So how does this relate to writing posts? If there’s no deadline for writing something, then it will be put off and put off until it never gets written. This what I found happened for that three years of not writing. I have an idea but forever procrastinate and put it off and nothing ever gets finished. So how can we help combat this? Well the simple answer is set a deadline for writing something new, even if it’s in three months time. Set a reminder each month counting down to the deadline and make sure you stick to it.

To help me with this I decided to write a small widget to count up to my two month deadline - you can see it in the sidebar. This counter fetches the date of the last post and counts up to two months, resetting back to 0 each time there’s a new post. I’d include the code here, but that’s material for me to use in another post . The primary reason for me adding it to the sidebar, apart from an excuse to write some code, is to make it more apparent that a post needs writing. If site visitors can see it’s long overdue then perhaps I’ll be more likely to see missing the 2 month deadline as more of a big deal. I’ve also thought about sending an email or logging to Google Analytics each time a visitor views the site and the counter is nearing time up for more motivation.

I’d write about X, but that’s old news or no one cares

You might feel that a topic you could write about is either old news, or no one is interested - I certainly do! I either decide that it’s something that someone else will have written about, is already on the internet so there’s no need for me to write about the same thing, or it’s not that interesting and no one will read. So what? Just write anyway. I had exactly the same thought about the post you’re now reading - hopefully someone will find it interesting! Something that is particularly topical in the web at the moment is web components and building parts of a complex webapp as isolated components. At Caplin, through BladeRunnerJS, this is something we’ve been doing and advocating for at least the past three to four years. So for me it’s almost become a given, but I go to many conferences where others are giving talks about it and it’s clearly new to a lot of the audience. Model-view-controller archictures followed a similar pattern to this where it’s now taking off within the past year or two, but for me it’s old news.

It’s very easy to find that because you’ve been working on, or using, something for a very long time it’s become a basic part of what you do. It may still be very new and interesting to others. Now this is something I find easy to say but not so easy to do. I don’t have any suggestions to make this one easier, other than ignore the thoughts and write something. If no one reads the post then it doesn’t matter, but if people do and find it interesting, then great!

I can’t think of anything to write about

Reading other blogs will help find interesting topics to write about. I follow several intersting and influencial people on Twitter and have plenty of techy discussions at work which I find helps me find topics that interest me and I’d like to write about. Unfortunately this brings me back to the first point of procrastinating and never actually writing anything. Reading other material is something else that’s worth setting a goal for, perhaps reading at least one a week and using services like Pocket] to store any interesting posts to read later. Anything that’s interesting can then be added to the list of potential post topics.

What you’re doing at work is another place where you’re probably doing interesting things that others would love to hear about. I’m starting to write down any topics I think about on a day to day basis so that I remember to write about them. For example I want to write about the advantages and challenges of leading and working in a remote team.

More ‘Musings of a Software Engineer’

So, hopefully the above will help me write more posts, and help anyone else that finds themself in the same situation. As I mentioned above I think it’s great so many people enjoy sharing their thoughts and I hope to join them in sharing my thoughts. Keep checking back for updates to see how I’m getting on. I’d love to hear from anyone else that has had a similar experience(s) to me and what you did to overcome writers block, start finishing posts and how you find topics to write about.