Recruiters, no I won't tell you my current salary nor any companies I'm talking to!

I’m very fortunate to have a skillset that seems to be highly sought after in the tech industry and I find myself getting plenty of calls and emails from recruiters. Whilst I’m not actively looking for something new, I find it interesting to talk to recruiters and keep up to date with the market.

For the last twelve months I’ve been refusing to disclose my current salary to them since, in my opinion, it isn’t (or shouldn’t be!) necessary information for either the recruiter or a potential future employer to know.

I’ve also decided that I’m no longer going to talk about companies I may or may not have already spoken to. Another question I find is regularly asked.

While most recruiters I’ve said ‘no’ to didn’t have an issue with this, it seems I am going against the norm of the recruitment world and others have made quite a fuss about it. So what’s all this need to declare information that just shouldn’t be necessary?

I find myself being asked my current salary along with a figure that I’d look for in order to persuade me to move.

None of this should be necessary. 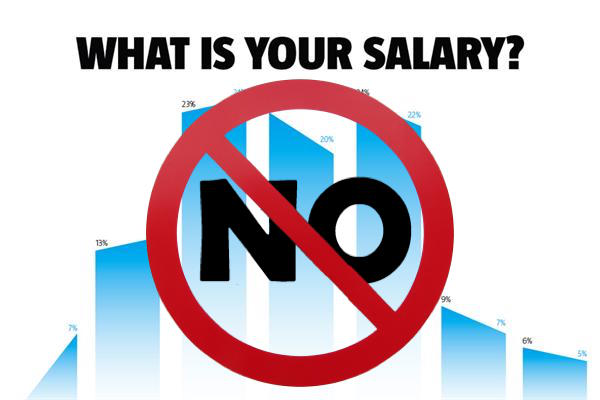 Any person currently in, or looking for a job, is worth what they are worth. As a potential employee they will have a ‘value’ that they are worth to any company, given their skillset; personality; and various other traits that you would look for in a ‘good employee’.

I say ‘value’ here. I don’t mean to make it sound like a person is an object with a value but in terms of a business deciding whether to hire, each person has a value. That value is the contribution that the new hire will make. Each employee also has a cost. This comprises the person’s salary, the cost of their benefits like a pension; other overheads like travel and tools; and a profit margin that the business expects to make on that staff member. Based on this value, the employer, will have a salary figure that the company is prepared to commit in order to secure that value. The salary paid by any previous employer, for any previous role, isn’t a factor in this. It’s history. It was a different company, with different value expectations, in a different role.

Each company will also have a different salary they are prepared to pay based on factors such as the the market they are in and their profitability. If the candidate has knowledge, skills and experience that benefit the company, they add more value. The new employer can earn more; provide less training to bring them up to speed; and leverage their other skills and hence the new hire is worth more in salary and benefits. This price will therefore fluctuate based on the requirements of the company, the trends in the employment market and the market in which the firm trades (supply vs demand). In effect supply and demand produces a ‘market price’ for that person.

You could liken this ‘value’ and ‘price’ to when you go shopping and decide whether something you’re about to buy is worth what the seller is asking for. You don’t start interrogating the shopkeeper and ask what it cost last year and what the margin on the sale is. If you’re not prepared to pay the asking price you walk out and go elsewhere.

Now, I can understand that potential employers want to make sure they’re not being taken for a ride and aren’t going to pay twice the previous salary. Like everyone in business, they want to minimise costs and maximise profit. But as mentioned before, it’s whether or not the value provided to the company is worth the asking price. For me there’s also a trust point here. When working for an employer, much like any relationship, there needs to be a level of trust between both parties. From the offset, if an employer doesn’t trust potential employees to ask for a salary that they are ‘worth’, then there’s already a trust issue before the relationship has even begun!

Using the same argument, I’d also say that giving out a minimum salary for a role is not necessary. If the role is a match based on skillset, it’s only once there has been an initial interview at which that value can be estimated that there needs to be a discussion on remuneration.

It’s also interesting to see that a lot of roles are looking for new hires to start immediately. Typically, those that add the most value will likely have notice periods of at least four weeks. If an employer is hoping for someone to start immediately but finds someone who matches their requirements exactly, then they either need to make a call to take on that added value but with the extra delay or wait and hope they can find someone else. 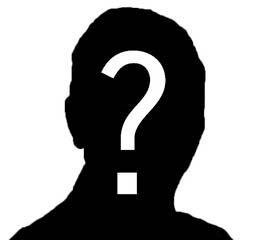 Along with my current salary I’m regularly asked about companies that I may have also spoken to so that “my CV isn’t sent to companies twice”. Again, this isn’t something I feel is necessary.

Until I give my permission for a recruiter to represent me and talk to a company on my behalf, any interactions with any company should be entirely anonymous. If there’s a match of required skills, knowledge and experience and I consider it’s worth pursuing, then it’s for me to say whether they’ve already been approached. Until then my name and personal details shouldn’t be disclosed. None of this requires me to talk about which employers I’ve previously spoken to. And, recruiters should not submit CVs to any company without the permission of the candidate.

Cynically, I assume the only reason for disclosing past applications is to avoid the recruiter getting embarrassed when bombarding employers with un-matched CVs.

Other gripes about recruiters

While I’m whinging about recruitment practices that, in my opinion, don’t help and should be stopped I thought I’d throw in a few other minor gripes. 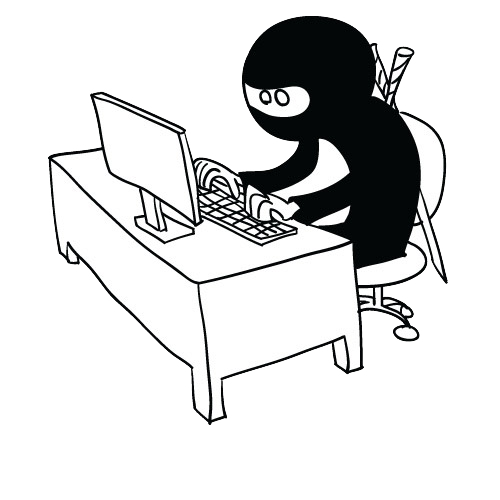 No, just no. Some recruiters are often so uninspiring when describing a role. It seems clichés are the norm. Challenging, interesting, exciting, rewarding and fun - great! Random words in an attempt to describe a role does nothing for me. I’d much rather a description of the company and the role that I’m potentially being asked to do. It seems that I’m not the only one with this opinion either.

Only martial artists are called ninjas, only famous people are superstars and only musicians are rockstars.

I don’t want to turn this into a post where I just moan about recruiters, but instead an opportunity to voice my opinions (particularly around the salary disclosure), so this is the last complaint I promise.

Some recruiters are very good at what they do and genuinely seem to be interested and want to help find that awesome new role. Others, unfortunately, are only trying to push one job; they send out a mass mail to anyone that matches a keyword. Then you’ll never hear from them again until they next want something. Much like the above views, I’m sorry, but I haven’t got time for that. If you’re representing me, we need a good relationship where we talk. I miss you when you don’t call!

Am I just being stupid? Have I missed a good point that means I should disclose this information? Has anyone else started doing a similar thing? As I said at the beginning I seem to be against the trend with my opinions here. I’d be interested to hear if any other developers, testers and UX designers (and anyone else) find it similarly annoying. I’d also be interested in comments/opinions from the other side. So if any recruiters stumble across this please let me know your thoughts.

It’s also worth me saying this is only meant to portray my opinions, I’m not in any way saying that recruiters are bad or asking for candidate’s previous salary is wrong. It’s something that I’ve been refusing to do for the past twelve months and, since some recruiters have objected to my refusing, I thought it would be an interesting topic to write about and get other’s opinions. It’s also not meant to be an advert that I’m looking for something new. I’m not. As I said at the start it’s just good to keep up to date with the employment market - with all its peculiarities.