The end of an era - Goodbye Caplin, Hello Agency Core

About 3 months ago, after nearly 6 years at Caplin, I decided to move on to pastures new. Caplin is a fantastic company to work for and a great place to both start and grow my career. Having now started my new role, I thought a good time to reflect on my time at Caplin and think about what may be on the horizon. 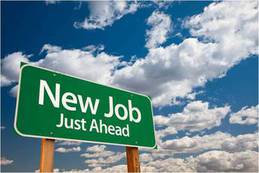 The Caplin era - a lowly Graduate grows to Technical Lead

It seems like an incredibly long time ago that I started at Caplin, but in truth, that time has gone by pretty fast. From joining the graduate programme fresh out of university to ultimately leading a team as a Senior Software Engineer and Technical Lead I’ve achieved a lot in that time. The biggest two of these achievements being the leading of Caplin’s Release Engineering team, kick-starting continuous delivery at Caplin; and leading the BladeRunnerJS team, open sourcing Caplin’s toolkit for building large-scale web apps.

My first major adventure at Caplin was the leading of the Release Engineering team, tasked with putting in place a sustainable and maintainable way of deploying the 100+ VMs making up the continuous integration farm. Along with this also standardising how continuous integration was done at Caplin and bringing some order to the chaos of unreliability. I’m pleased to say the automated Chef deployment I put in place is still being used today, across over 50 different projects/products lines and 150+ virtual machines.

The second project was the open sourcing of BladeRunnerJS, leading the team both as an Iteration Lead but also, later, as Technical Lead. The architecture and patterns encouraged by BladeRunnerJS were also adopted across Caplin, making a large different to the maintainability of the web apps and the efficiency of the development teams. I also defeated my dislike of giving talks and co-ran the ‘How to build front-end web apps that scale’ workshop at FutureJS with Phil Leggetter. Prior to the start of BladeRunnerJS, my fiancée and I (and the cat) decided to move to Scotland so the team and I also had to pioneer the adoption of remote working at Caplin, which has resulted in more and more people working remotely at the company. 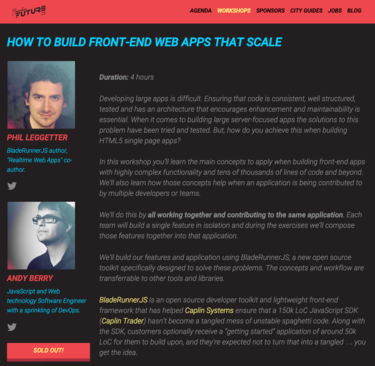 As already mentioned this was a great place to start my career, gain 6 years experience as a Software Engineer working with some very good friends. So why move?

I’ve been told before the average ‘lifespan’ for a developer at a company is 18 months - I guess largely due to the speed at which new tech is being released and the inertia that companies naturally have when adopting these technologies, so people move on. After 65 months at the same company, I’ve improved on this by some way! Although that isn’t the reason for leaving. Truth be told, there wasn’t a single reason. The right time, the right place for Agency Core; some interesting challenges there; it ‘felt right’; time for a change. A vast array of reasons.

"Welcome to the Core!"

So here I am, Chief Technical Officer (CTO) at Agency Core. Never heard of us? I don’t blame you. Agency Core is a relatively young startup providing a software as a service project management tool specifically targetted at digital agencies and their workflow, aiming to disrupt the market of bland and boring management tools. Having recently succeeded in raising seed investment and being accepted on to the Entrepreneurial Spark accelerator it’s an interesting time to be joining.

Along with the exciting things that come with being involved at such an early stage, there’s a lot of challenges around the SAAS element, hosting a scalable and resilient software stack and writing lots of Laravel and Ember - both of which are new frameworks for me.

So if you’re a digital agency and want to use project management software that’s fun to use and actually works for you then get in touch!. 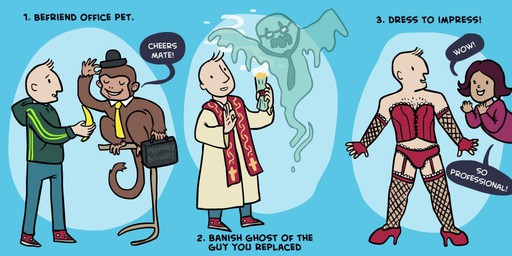 (We have no office pet, there is no previous CTO, hopefully I won’t have to dress like that…)

A final thanks to everybody at Caplin, particularly the BladeRunnerJS team, for a fantastic time and all the experience and knowledge I’ve managed to soak up over the years. I’ll miss you all and I’ll be keeping an eye on how things are going!